Fritzl claims that his mother abused him as a child and never showed any love for him and beat and kicked him until he lay on the floor bleeding.

The psychiatrist says although Fritzl described his own suffering as a child in detail, he was absolutely unable to anticipate the emotions of others.

Check out my stats, George

I am kind of amazed at how much I posted way back when:

In 2006, I was posting an average of nearly six posts per day *. For the whole year. Throughout October 2006, in the lead up to the November 2006 mid-term elections, where Dems won both House and Senate, I was posting over 8 times per day, without working weekends.

And I am an Australian.

That explains a lot for both you and me, George.

* Some of them were pretty good too. Some of them took days, if not months, to assimilate. I was going nuts trying to turn the tide. It worked, but unfortunately I am still nuts.
Posted by Jaraparilla at 23:26 1 comment:

News Of The World

The Bank of England's new estimate on global losses is double the estimate that it published in May...

Last week Bank governor Mervyn King said the British banking system had been closer to collapse earlier this month than at any time since the start of World War I.

He also said that a "little more boredom" would be no bad thing for the industry.

In other news, with admirable British understatement:

The trouble with cultivating the idea that you are good in adversity is that it only works if you have a convincing plan for extracting yourself from it.

It is starting to look as though presidential hopeful John McCain simply does not.

Hold on, it gets even better:

A historian reminded me last week of the extent to which Harry Truman had been written off in 1948 before he overhauled Thomas Dewey in the closing days of campaigning.

But if John McCain wins it from here it seems to me that he should be compared to Lazarus not just Thomas Dewey.

One key to all this is the use of the internet.

Posted by Jaraparilla at 22:43 No comments:

Why Am I Not More Surprised?

There's not much I can be bothered blogging about right now, but this one deserves a special mention.

Remember how all the wingnuts and White House crazies kept insisting that Saddam had ties to terrorists, and how - when challenged - they always pointed to an old 1970's terrorist called Abu Nidal, who was supposedly living in Baghdad in 2003, as proof (actually, the only thing close to "proof" that they had)? Never mind that he was an old man who had publicly renounced terrorism years earlier, or that he had actually been dead for a year after killing himself in 2002. This guy's supposed link to Saddam was the fragile thread of "evidence" on which all their preposterous claims hung.

Well now, it turns out that Abu Nidal may well have been working undercover for the USA.
Posted by Jaraparilla at 11:01 No comments:

Barack Obama is noted for his powerful intellect, but I don't think he gets nearly enough credit for the mental dexterity it takes to be simultaneously an Islamic theocrat, atheistic communist and national socialist while posing as a center left candidate. Those must be the compartmentalization skills they taught him at that Manchurian madrasah in Indonesia.

Is The Humiliation Complete Yet?

I love this song, it is just so powerful. I have thought of it often over the past five years, and if I had the time I might make a Youtube video with flashes of Bush's early popularity moments, contrasted with images of him handling Katrina (or not), Iraq, the economy crashing, etc. Maybe finish with a picture of him and Barney, walking away towards a helicopter on the White House lawn, hanging their heads.

And for anyone who (like me) has been emotionally drained by fighting against the Bush GOP machine, and (like me) needs a little time out, or maybe a long time out, here's another Taj Mahal song. I can't find the original, but this cover kinda makes you want to go pick up a guitar, doesn't it? Hey, WP?

It was the greatest comment the world had ever seen. Within hours, it transformed the entire world's political narrative in a way which could never be revoked. The history of the 21st Century, and beyond, pivoted upon this moment. The comment was:

Posted by Jaraparilla at 22:00 No comments:

Arianna Huffington: The Internet and the Death Of Rovian Politics

McCain is running a textbook Rovian race: fear-based, smear-based, anything goes. But it isn't working. The glitch in the well-oiled machine? The Internet.

"We are witnessing the end of Rovian politics," Eric Schmidt, CEO of Google told me. And YouTube, which Google bought in 2006 for $1.65 billion, is one of the causes of its demise.

Thanks to YouTube -- and blogging and instant fact-checking and viral emails -- it is getting harder and harder to get away with repeating brazen lies without paying a price, or to run under-the-radar smear campaigns without being exposed.

In Case You Missed It

It has always been just a question of time before US Federal Reserve Chairman Alan Greenspan would be revealed as a pro-Fascist Bush neo-con stooge. That time is now upon us:

The chairman of the US Federal Reserve, Alan Greenspan, has admitted he made a mistake in 2001 when he defended President George Bush's tax cuts, which led to the turnaround of a large budget surplus at the end of the Clinton presidency to a budget deficit this year of more than $US400 billion ($506 billion).

Instead of a projected surplus of $US5.6 trillion by 2011, the budget deficit is now expected to be $US4 trillion by that date if the tax cuts become permanent.

Back in 2001, Greenspan was backing Bush's tax cuts for the rich with the ridiculous claim that budget surpluses were too big and that the US foreign debt would be paid off too quickly! Now he is attempting to use the old neo-con "groupthink" defence (who could have guessed there were no WMDs/Al-Quaeda links/limits to US borrowing?).

Under vigorous and often aggressive questioning by Hillary Clinton, Dr Greenspan, looking decidedly uncomfortable, said that, with the benefit of hindsight, he had been mistaken in his view about budget surpluses.

"We were confronted at the time with an almost universal expectation amongst experts that we were dealing with a very large surplus for which there seemed to be no end," he said. "I look back and I would say to you, if confronted with the same evidence we had back then, I would recommend exactly what I recommended then. Turns out we were all wrong".

"Not all of us," snapped Senator Clinton.

It's like an immature kid maxing out a swathe of new credit cards while boasting to the world about how fast his new car is, how big his new boat is... Sooner or later the credit card companies are going to put a stop on the card and call in the debt, even if it means they themselves make a loss.

The United States' deficit in the broadest measure of international trade soared to an all-time high of $US665.9 billion ($A842.91 billion) in 2004, showing in stark terms the speed with which the country is becoming indebted to the rest of the world.

In this case, the global lenders have to worry that putting a halt to the neo-con adventure could trigger a global recession, if not another Depression. But it's time to put a stop to the game.

Greenspan's "mistake" has cost the US taxpayer around $10 trillion. If that isn't grounds for resignation (if not dismissal) then I don't know what is. A more honourable and less complicit President would put the man in jail.
Posted by Jaraparilla at 06:53 3 comments:

How long is it going to take the world to admit that these people are the problem?

For the past 8 years, something very important to financial and political stability has gone AWOL.

In years gone by, outbreaks of public anger could only be satiated when those responsible for the outrage were brought to account. Bloody, decapitated heads were impaled on spears, paraded through the streets or fixed to castle ramparts for all to see.

Thankfully, we have come a long way since then, and modern justice is (at least nominally) far less barbarous. But the need for accountability prevails.

How did we get here? Who's responsible? What went wrong? The public has a right to know, and an urgent need to know.

Unfortunately, all those in a position to speak truth to power are now reluctant to talk. Why? Because they themselves - the media, the judiciary, the public servants, the military, the police - have all been co-opted by the perpetrators. All are guilty by association, all know it damn well, and the whole damn system stinks.

Of such things are popular revolutions made.

Now, maybe the markets will rebound tomorrow. Maybe the "global financial crisis" will fade. Maybe we'll all calm down a bit. I don't know.

But I do know one thing.

If there is no accountability, still, after all this, then the same "mistakes" will be made again, and very soon.
Posted by Jaraparilla at 14:22 No comments:

Check out the look on his face at the end of the song... 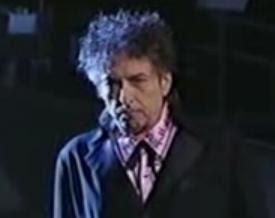 That's what I'm talkin' about.
Posted by Jaraparilla at 13:05 No comments: